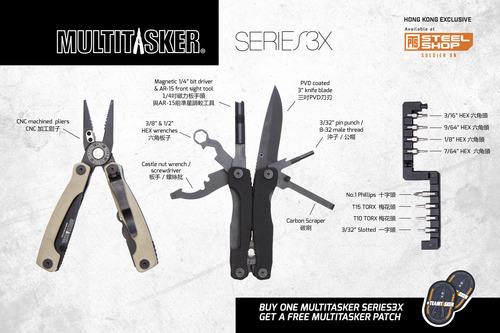 Multitasker Tools grew out of an OEM project for a firearms industry contact. The owner and founder had a request from a customer to make a 1911 focused multi-tool, then he thought it was time to make something specifically tailored for the AR platform of rifles. That's how Multitasker originated. Modularity was a huge component of the market trends. At the time, nobody had come out with anything remotely geared towards the maintenance of those rifles. So, he started asking key dealers around the country: What would be the feature set you would like to see incorporated into a pocket tool for an AR? Based on the input that was received from dealers and customers, the idea for a pocket toolbox concept, a guiding principle for Multitasker, with all the product offerings that are available. The Series 3X, which is the main product of Multitasker fully embraces this concept of a pocket toolbox.

How the Series 3X differs to other mainstream multitool brands are firstly how the tools are made and the quality of these tools, and secondly the focus of the multi-tool, which is towards weapon maintenance. The tools are built using primarily CNC and Wire EDM Machines, which allows for significantly tighter tolerances and more complex designs to be cut out. Compared to Leatherman for example, where they use stamping and investment castings, the difference in quality is substantial. The Series 3X multi-tool is a plier based tool with two handles – very similar to what is offered by competitors – however, if you look carefully at the tool, the pliers are not investment cast like everything else on the market. The two plier halves are machined out of solid billet steel in which requires about 30 different steps between wire EDM and CNC to finish each set of pliers. Then it uses a very precise pivot bearing whereas typically in a multi-tool, it uses a pressed piece of metal that goes into the centre of the plier halves. The pliers are two pieces CNC machined out and the tolerances are incredibly tight. So, the practical benefit of that is that when you use the pliers, they are silky smooth, it's like they are on ball bearings basically. If you look at the gap between the plier teeth, they are pretty much non-existent. If you close the pliers, you basically looking at a solid piece of steel.

Multitasker was really the pioneers of using standard 1/4" Hex bits as a substitute for flat blade screwdrivers, which is the norm in the multitool world. Leatherman has their own proprietary set of flat bits that they use with their drive system. Multitasker were the first ones to use just standard ¼" Hex bits and their bit holder is magnetic, so you can stick the bit inside and pull it out even if you are wearing gloves. The advantage of that is, if you needed to use a specific Hex bit from, let's say your screwdriver kit, you can stick it into the multi-tool and it'll work perfectly. Another advantage is, if you happen to lose the bit kit that comes with the Series 3X tool, you can replace it easily with something from the hardware store. 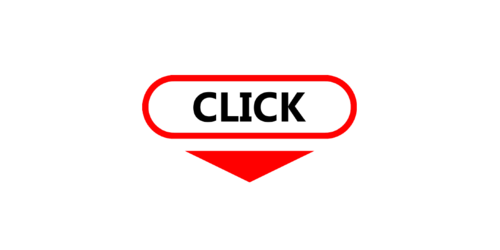